Rice is such a central part of many cultures that some countries even credit its cultivation with the development of their civilization. Rice is the staple food for over half of the worlds population and is the worlds most consumed cereal after wheat. It provides more than 50 percent of the daily calories ingested by more than half of the world population. Not only has rice been of great importance in the past, but its value and use remains considerable even today. Rice is the most rapidly growing source of food in Africa, and is of significant importance to food security in an increasing number of low-income food-deficit countries.

Each Year, close to 700 million tonnes of paddy [450 million tonnes of milled rice] is produced, with over 90% of the production being concentrated in Asia, given the favorable climatic condition and the relatively lower costs of production. China and India account for almost two thirds of this production with Thailand, Vietnam, Indonesia, Pakistan and Myanmar making up the balance. International trade in rice is only around 30 million tonnes with Africa and Asia making up for over 85% of the internationally traded rice volume. Now thats a lot of rice moving around the globe! 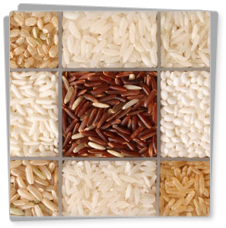